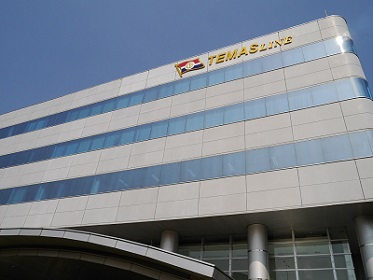 TEMAS Suzue Indonesia (TSI) is an alliance of the two reputable companies with a strategic goal to satisfy Indonesian and international market of logistic, distribution business and contribute to Indonesia’s economic growth.

TEMAS Suzue Indonesia established in May 2012, the Company has sustained the strong points of TEMAS Group and Suzue Corporation by applying operational excellence to achieve logistic efficiency.

At this young age, TSI has gained creditable reputation and successfully serving top brand food and beverage companies. TSI has been prepared to be internationally known and expand dynamically by applying international standards in its operations.

TSI aims to be an integrated one-stop logistic service company in our near future, which meets customer satisfactions, by our responsible human resources with their hard works and strategic efforts.

VISION: Temas Suzue Indonesia has a vision to be the leading and most reliable logistics company.

MISSION: To provide unlimited logistics services that lead to zero claim and on time delivery.

Be Professional
and Innovative.

Professional is how all individuals in the Company serve the customers in the most effective way.

Innovative is how each individual in the Company takes initiatives and optimize technology to support the Company’s operations. 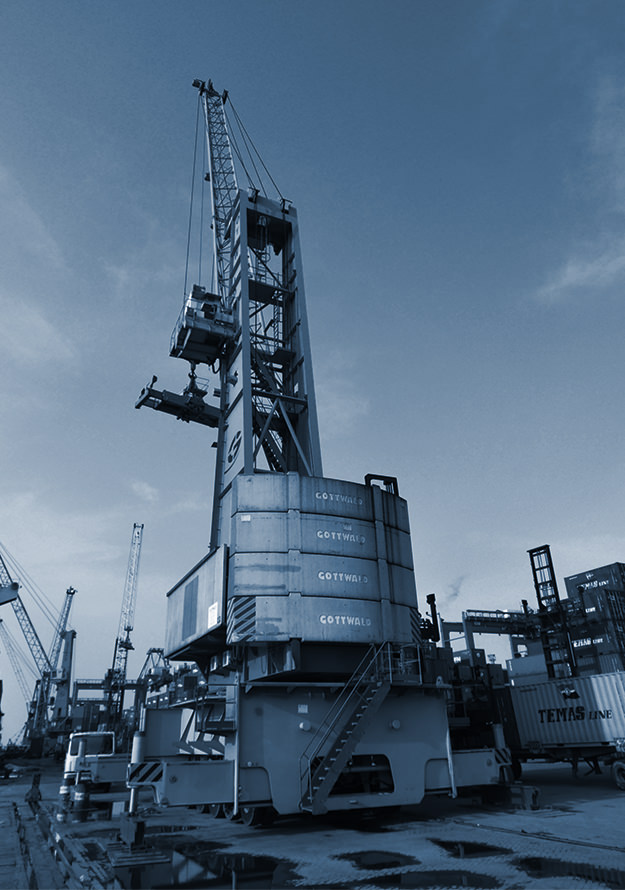 Operated by partnering with the sister company PT Temas, Tbk (TEMAS Line) and all the companies under TEMAS Group, TSI ensures the Company to maximize their performance. As part of a leading Japanese company, TSI optimistic targets to build and sustain a strong business relationship with companies in Indonesia.

The Company has covered a variety of industries for various products, such as food and beverages, hospital equipment, ceramics and fiber optic cables. Supported by its strong point, TSI is committed to growing rapidly and expanding to penetrate new industries.

Responding to the emergent market of logistic and distribution in Indonesia and the credibility from one of the big four shipping companies in Indonesia TEMAS Line that has experienced for 27 years, Suzue Corporation built a joint venture with TEMAS Group in May 2012 named TEMAS Suzue Indonesia. 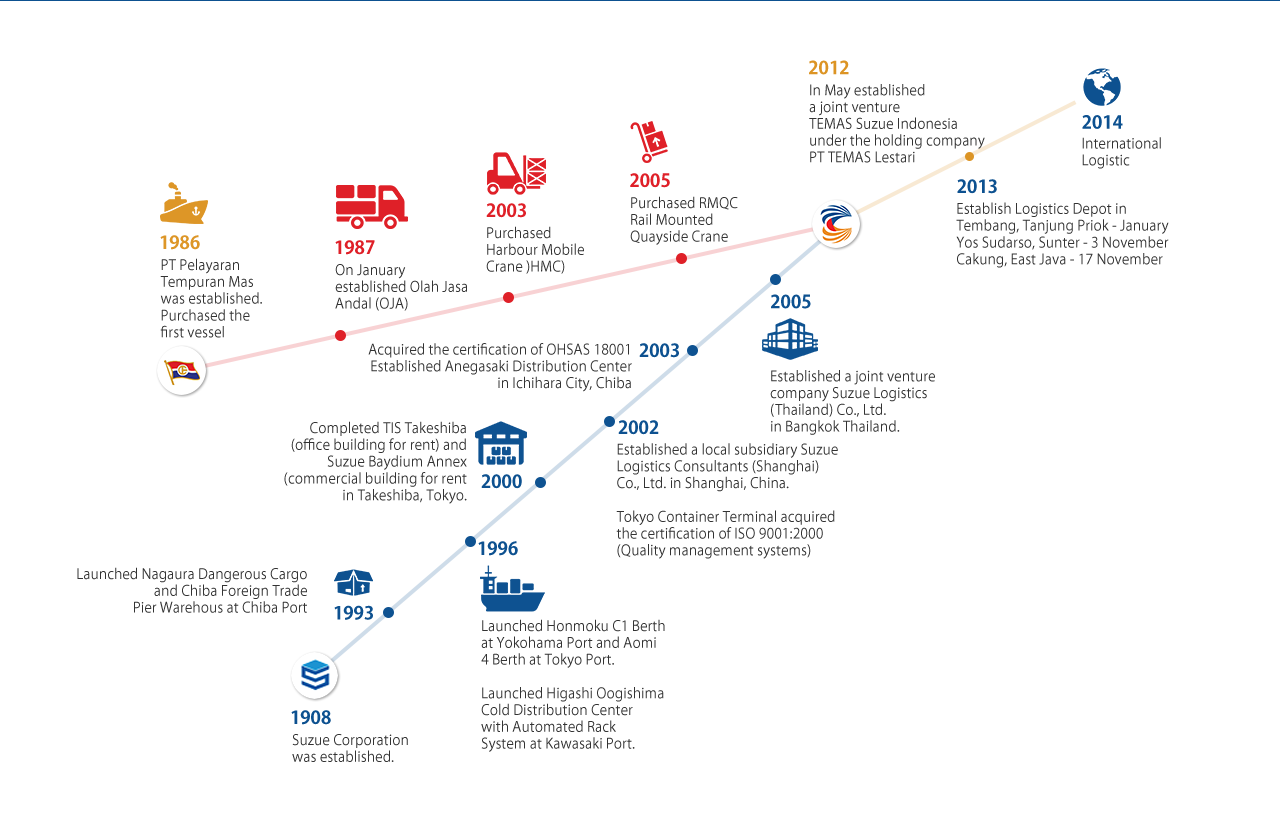 The journey starts from existence of Suzue Corporation for more than 100 years with its worldwide expertise in logistics and distribution. This Japanese company has grown strongly and expanded to China, Thailand, Vietnam, Myanmar and Malaysia.

Responding to the emergent market of logistics and distribution in Indonesia and the credibility of TEMAS Line in its 25 year establishment as one of the big four shipping companies in Indonesia, Suzue Corporation invested 49% shares and built a joint venture with TEMAS Group in May 2012 named TEMAS Suzue Indonesia.

The fusion of the two big companies reflects the harmony of modern technology and human touch, between information technology and two-way communication. The union is represented in the logo of Temas Suzue Indonesia, which promotes blue as Suzue’s color, gold for prosperity as TEMAS Group’s corporate color and red as Indonesian color.

The joint venture has grown for two years and the Company endeavors to be part of Indonesian growth and support Indonesian market expansion.

OUR BRANCHES: Delivering more value and satisfaction, Temas Suzue Indonesia is reinforced by credible human resources and advanced logistic and distribution system at each branch throughout Indonesia.
PARTNERS: Temas Suzue Indonesia strives to satisfy the customers with professional and advanced services, among others, by partnering with financial institutions such as Tokyo Mitsubishi UFJ Bank, Bank Mandiri and Bank Mega for more effective payment methods. To assure the customers safety and security of their goods, TSI has a great partnership with insurance companies such as Tokio Marine Insurance, BNI Life Insurance and Mitra Insurance.